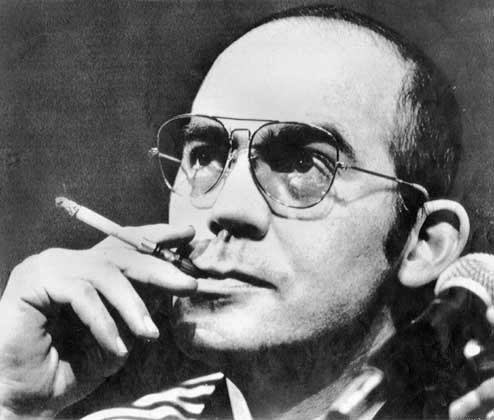 The glorification of the tortured artist is terribly common and enduring. We have a fascination with the broken, drug-addicted, alcoholic, depressed and impulsive gifted person. The roots of this fetish are old and lost to the haze of the past, but what we do know, is that many great artists struggle profoundly. This is apparent in many people across the eras, yet it is exemplified in the life of Henry Marie Raymond de Toulouse-Lautrec, the renowned French post-impressionist and art nouveau painter. He was born in the late 18th century and was the victim of the severe effects of generational of inbreeding. He became heavily reliant on alcohol to numb the pain and died of an absinthe overdose at the age of 36. As well, Sylvia Plath was the depressed and talented poet and author most famous for the intensely emotional novel The Bell Jar. She died by suicide at age 30 by putting her head in the oven while her kids (the children of famous author Ted Hughes) were home. Ernest Hemingway the iconic author was rejected by the army due to his poor eyesight so he enlisted in the Red Cross Ambulance Corps. He dealt with a series of traumatic events that irrevocably changed altered his trajectory. He experienced extreme heartache and manic depression yet managed to work for several years as a wildly successful author culminating in the 1954 Nobel Prize for literature. By 1961 he later spiralled into a deep depression and died by suicide.

In a more contemporary example, Kurt Cobain, the genius songwriter, and revolutionary grunge musician was addled with depression and drug addiction before killing himself at age 27. It seems Cobain was particularly glorified in his depression and addiction by inadvertently inspiring a generation of people who equate sadness with coolness. The cohort of the “27 club” still haunts our cultural lexicon and consists of a graveyard of prodigious musicians that were silenced too soon.

Historically, there is definitely a correlation between darkness and art. Unsurprising, as most powerful art needs to contain conflict and tension which heightens our interest. We want conflict, we want to relate to something and we want to experience emotions in this world. Life is filled with pain and when somebody can make that beautiful we are provided with a momentary reprieve from that suffering. That being said, it’s by no means random that we are drawn to the archetype of the broken artist. I use the term archetype intentionally to highlight their humanity; for ultimately they are people, and their suffering is real and tragic.

I have heard many people confide that they aspire to drink excessively and write great material just like Hunter S Thompson. I have seen people drown in years of drug addiction because they thought their songs needed a certain Keith Richards- esque edge. Yet, this quest for self-inflicted misery is both ridiculous and misguided. As members of the adoring public, we get to consume the material these artists eventually produce, which is often astonishing. What we don’t see are the countless days filled with misery and the void of inspiration. Brian Wilson’s album Smile could be easily consumed as a charmingly quirky album instead of a record of a psychologically traumatizing time in his life. It is extraordinarily difficult and rare to remain creative and motivated while dealing with vicious internal demons. It’s even more difficult when you drown those demons in whiskey, garnish them in drugs, sleep infrequently, tour incessantly and eat poorly.

The commodification of depression and addiction is harmful and problematic towards mental illness. We fetishize the creative darkness but we don’t actually want the brutal sadness. It’s a superficial phenomenon that has conditions, while true tragedy is heavy and unconditional. Art is such a cathartic way to express pain and that is important. However, memorizing John Bonham’s horrendous diet because you think it might make you play drums better isn’t important. This reduces the pain felt by our beloved artists. It disrespects the complex field of mental illness which requires our astute attention and daily action more than ever. Romanticizing people who managed to produce brilliance whilst drenching their livers in wine is problematic because it is rare, and doesn’t account for all the artists who got lost along the way. Additionally, this ideology is likely not doing your art any favours.