Mad Caddies at the Victoria Ska and Reggae Festival 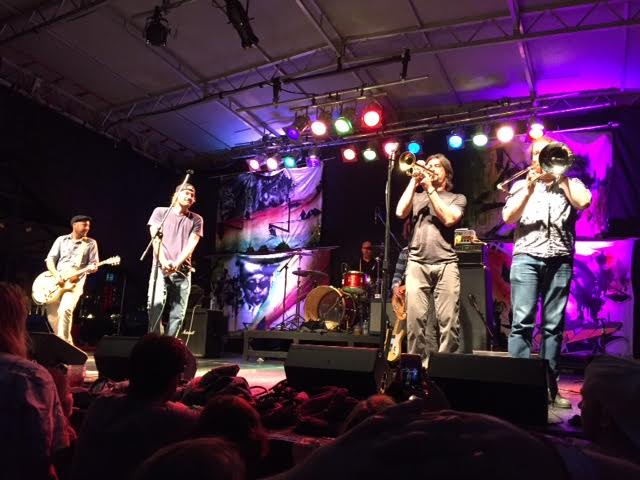 The Victoria, B.C Ska and Reggae Festival is a wonderfully rare music event that is well suited in the enigmatic marvel that is Victoria. The festival takes place smack dab in the core of the tiny yet wildly fun oasis that manages to keep a gyrating pulse on music and art. This year the legendary Booker T. Jones, Mad Caddies, Los Furios, Illvis Freshly,The Black Seeds and Tarrus Riley headlined the four day festival.

The Mad Caddies were a particularly noteworthy event in this buffet of ska and reggae. The Mad Caddies helped revolutionize the return of Ska movement in the 90’s along with Reel Big Fish, The Mighty Migthy Bosstones and Less Than Jake. Bands like the Specials and Madness pioneered it in North America in the 70’s but it’s roots are from Jamaica in the 50’s. When people ask what Ska is, the easy answer is that it is super fun and accessible reggae meets punk with horns. This could also have a variety of other answers, but that’s for another time and place.

The Mad Caddies are from Solvang, California-they ooze the essence of California in the 90’s including the charming low maintenance style and the rolling with my homies scene from Clueless. It is simplistic yet bizarre, political but not alienating and now nostalgic in a way that reminds us of who we really are (if you grew up then). They are a seven piece musical carnival of freedom and anarchy. Their current trombone player is Chris Butcher from Winnipeg whom I happen to kind of know from my childhood. The juxtaposition of seeing a Winnipeger (who currently resides in New Orleans and has played with Jane Bunnet and Hilario Duran) in the most Californian band ever (maybe besides the Red Hot Chilli Peppers) made this show even more enjoyable. Every individual in the band was extremely passionate towards their musical delivery which is refined yet sloppy in all of the right variables. They have six full length albums under their belt and have sold over 400,000 copies of them. They have a loyal following, many of whom attended this lovely outdoor evening concert and were completely entranced by this stellar performance. There was also a mosh pit, crowd surfing and most notably  skanking (the dance you do to ska, it’s really easy) and crowd surfing. It’s hard to compare other kinds of concerts in terms of a good time to an outdoor ska show in front of the ocean while crowd surfing sandwiched between beer gardens. Ska may not be the most sophisticated genre but it’s probably the most fun. However, the Mad Caddies do encompass depth in their music in both their impressive music ability and lyrical content. They tell sad stories and share liberal political anecdotes in music you can move your entire body to. You can even push people around you as it’s consensual and mutual in the well mannered mosh pit. They are everything good and pure about this dissolving genre that Victoria manages to keep alive.