The Best New Albums You May Not Be Hearing 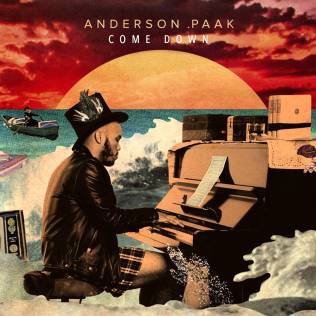 Car Seat Headrest are by no means new and unappreciated however Teens of Denial is groundbreaking and needs to be heard abundantly by the masses. The album isn’t officially released until May but several singles are accessible, most notably the modern remarkable ballad Vincent. Car Seat Headrest are based out of Seattle and driven by 24-year-old front man Will Toledo.  Toledo  is originally from Virginia and way too young to be so talented. Toledo started recording at 17 out of his family’s car for a sense of solitude and guaranteed soundproofing. He assembled a generous catalog of contentious, intelligent and genuinely lo-fi songs well paired with the oblivion of youth. In 2014, Toledo assembled a lineup with bassit Ethan Ives and drummer Andrew Katz. Together they formed Car Seat Headrest and released the album Teens of Style which is a prequel to Teens of Denial. Their music is filled with astutely critical observations of our current society, wax-poetic ramblings and complex walls of reverb. Both albums emphasize 2nd generation theology, depression, lack of direction and the complex relationship with alcohol one has in their early 20’s (or potentially evermore). Teens of Style got the band signed with Matador, a record label that is a barometer of talent. Teens of Style is a collection of the band’s catalogue over the past three years, reworked and reinterpreted. Teens of Denial dives further into this concept with new material that is distinctively them, which is notably impressive for such a young band. Their music is a refreshing ethnography of the new generation, reminding us music still matters, art is still thriving and new ideas are being created. Car Seat Headrest do resemble the sounds of The Strokes and Pavement which is part of what makes them so brilliant, yet they are something completely innovative all together. The official release of Teens of Denial is May 2016.

This is that jazz infused, well-written, relaxing and sensual hip hop you have been aching for. Brandon Anderson Paak is a west coast based singer/songwriter, he is diversely talented, exceedingly intelligent and remarkably magnetic. Malibu is Anderson. Paak’s (the period is intentional) fourth album and arguably his magnum opus, it is immediately affable and relentlessly stimulating in it’s entirety. His mother was a farmer in South Korea and his father served in the Air Force before he went to prison. Paak shared he didn’t see him again until he was being buried (via Consequence of Sound). At the age of 29 he has a unique and enlightened perspective of the world, he shares his personal stories and inspiring annotations in Malibu in the most appeasing way imaginable. Paak collaborated amply with Dr. Dre in Compton last year, which got him the recognition  he deserves. His previous work, such as the album Venice released in 2014, is great but Malibu is exceptional; it is profound, personal and unapologetic. Other talented artists such as Schoolboy Q, Talbi Kweli and The Game are featured on the album which adds to it’s complexity. Malibu discusses the difficulty he has endured with lyrics such as “ya moms in prison, ya father need a new kidney, ya family’s splittin’, rivalries between sibling,  if cash ain’t king, it’s damn sure the incentive”  from track:  The Season/Carry Me.

Although the album’s content is dark, it manages to be almost impossible not to dance to. It is dripping with soul, funk and everything there is to love about hip hop. His voice is pure molasses, he raps with unparalleled dominion and the beats are a combination of New Orleans and Chicago based blues and jazz. There are moments in Malibu that pay notable homage to James Brown followed by innovative lyrics rapped with precision. Much like Guru’s Jazzmatazz or the Abstract and The Dragon’s Mix-Tape, Paak takes time to thank everyone who assisted him on the creation of the album. This is part of what makes Malibu an inclusive and inviting body of work. On the final track : The Dreamer (which features Talib Kweli and the Timan family choir) Paak shares “ This one’s for all the little dreamers, I’m a product of the tube and free lunch. Who cares if your daddy couldn’t be here”.

Malibu ever-presently emphasizes the importance that you can do amazing work in this world despite the struggles you have endured. It is an record for everyone and even if the lyrics aren’t your thing the musicality of it will hypnotize you. Malibu is available internationally, as it should be, I envy those that get to hear it for the first time.

Vancouver based Rolla Olak’s latest album Heavy Feather is incredibly inviting yet remarkably resonating. This dichotomy is astutely captured in the name of the record. Heavy Feather is a wistful and poetic album yet void of cliche or over saturation. Olak takes you on a scenic route through stories of friendship, heartache and learning virtues along the dusty road.

Olak explained “So many people were involved in this record. Aaron and Colin made it sound so good sonically. They also helped break down the songs and build them back up again live with an old drum machine”.

His songs combine the strongest elements of shoe gaze, americana and country resulting in textured sound. Olak is inspired by the likes of Neil Young, Randy Newman and Bob Dylan, which is evident in his intelligent songwriting but his sound is unprecedented. Heavy Feather is emotional yet it never feels sorry for itself, which is refreshing in the over-zealous nature of our contemporary culture. The album is flawlessly assembled, mixed with precision and worth listening to abundantly, providing you with something different each time. Heavy Feather is on Older Records and available on itunes internationally.