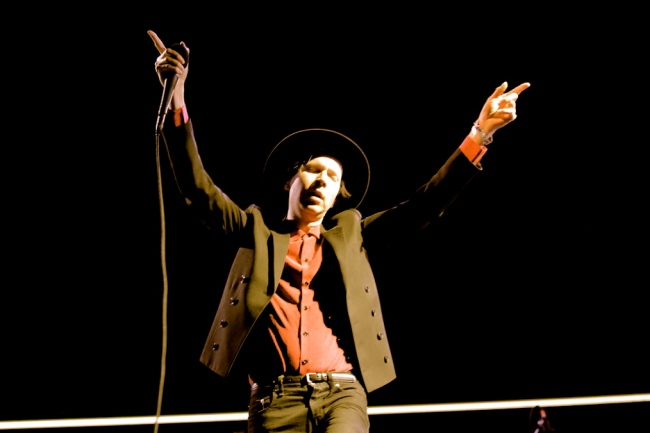 Beck has just recently released the highly anticipated album titled Morning Phase. This is Beck’s first album with Capitol records, which like many of his previous albums, he produced as well. The album is of course pronounced, significant and vastly different from his previous work. This is because Beck Hanson is a bona fide genius that somehow curates immaculate albums while remaining zany, mysterious and free of media jeopardy.

Beck is 43 years old, this makes him older than John Lennon was when he was killed, he has 12 successful and not to mention wonderful records under his belt. He is also the founder and curator of the somehow underrated “Record club”, is a significant visual artist, proclaimed scientologist and philanthropist towards Autism.

Beck blew up the music scene the early 90’s, most famously with “Mellow Gold” which put him on the map. He got nominated for his first Grammy for the song “Loser” which is a song that seems to have a life of it’s own. He remained authentic and odd during this process, which is made clear during his interview with Thurston Moore (Sonic Youth) on MTV on behalf of his recent success. The album was quickly followed by “One Foot In The Grave” which honored a Skip James inspired bluesy anecdote towards the grunge infused music scene of 1994. The album is rambunctious and charmingly juvenile; it commonly makes one want to burry themselves right into the whiskey gurgling and train hopping lifestyle it illuminates. Two years later “Odelay” was released and he won his first Grammy for the song “Devil‘s haircut”. The album remains experimental, low-fi and somehow integrates seamless elements of hip-hop. At this point he started producing and touring the world.

In the late nineties he released “Mutations” and “Midnight Vultures”

They are both great albums for completely different reasons and he is still recording with DGC. “Mutations “was the beginning of one of Beck’s more mature and musically formal albums and including elements of afro-beta and Spanish guitar. Midnight Vultures is a piece of work. It is a hilarious stance on the ridiculous nature of the pop infused music industry which he has somehow managed not to stay away from. He makes fun of pop music while perfecting it. Each song is perpetually purposely silly and designed to channel a pop artist including Prince and Freddy Mercury. Although the album is seemingly ridiculous it isn’t, it’s fun, charming and hilarious.

In 2002 Beck made the complete opposite of Midnight Vultures with the beautiful and melancholic “Sea Change” . The album is known critically as a result of his first marriage, it is also heavily inspired by French genius Serge Gainsbourg .Two years later “Guero” came out which is a series of fun yet sophisticated dance ballads. The entire album and was later interpreted by artists such as Belle and Sebestain and Boards of Canada and called “Guerolitto” which is a refreshing display of electronic music done predominantly with musical instruments.

In 2006 “The Information” came out, the album itself came with stickers so you could decorate your own CD cover and a DVD of videos for the song made with a green screen, the members of his band and what looks like100 bucks. The album is grimy, sexy and rebellious and involves cryptic samples of interviews that many people reduced to his recent dance with scientology. In 2008 “Modern Guilt” came out which was produced by both Danger Mouse and Beck. The album is considerably less bizarre than his previous work both lyrically and musically. Here we are six years later with Morning phase, which is truly an interwoven masterpiece yet how can we be surprised?